Looking for Henry VI Part 2 quotes? Read our selection of the very best quotes from Shakespeare’s Henry VI Part 2, along with speaker, act and scene. This history play deals with jealousy and ambition, as well as appearance and reality, shown in the deceitfulness of the main protagonists. As with so many of his plays Shakespeare brings the characters to life with memorable dialogue and some fantastic quotes.

Read on below for the most well known Henry VI Part 2 quotes:

My troublous dreams this night doth make me sad.

What, shall King Henry be a pupil still
Under the surly Gloucester’s governance?

Is this the fashions in the court of England?
Is this the government of Britain’s isle?
And this the royalty of Albion’s king?

Could I come near your beauty with my nails,
I’d set my ten commandments in your face.

The duke yet lives that Henry shall depose
But him outlive and die a violent death.
By water shall [Suffolk] die and take his end.
Let [Somerset] shun castles.

Yea, man and birds are fain of climbing high.

Now, God be praised, that to believing souls
Gives light in darkness, comfort in despair.

How irksome is this music to my heart!
When such strings jar, what hope of harmony?

Smooth runs the water where the brook is deep:
And in his simple show he harbours treason.

The fox barks not when he would steal the lamb.

Who cannot steal a shape that means deceit?

But I can give the loser leave to chide.

Ah, thus King Henry throws away his crutch
Before his legs be firm to bear his body.

The commons, like an angry hive of bees
That want their leader, scatter up and down
And care not who they sting in his revenge.

True nobility is exempt from fear.

It is impossible that I should die
By such a lowly vassal as thyself.

The first thing we do, let’s kill all the lawyers.

Is not this a lamentable thing, that of the skin of an innocent lamb should be made parchment? That parchment, being scribbled o’er, should undo a man?

Thou hast most traitorously corrupted the youth of the realm in erecting a grammar school.

And seeing ignorance is the curse of God,
Knowledge the wing wherewith we fly to heaven.

Was never subject longed to be a king
As I do long and wish to be a subject!

Henceforth I will not have to do with pity.

Can we outrun the heavens?

Are we missing any great Henry VI Part 2 quotes? Let us know in the comments section below. 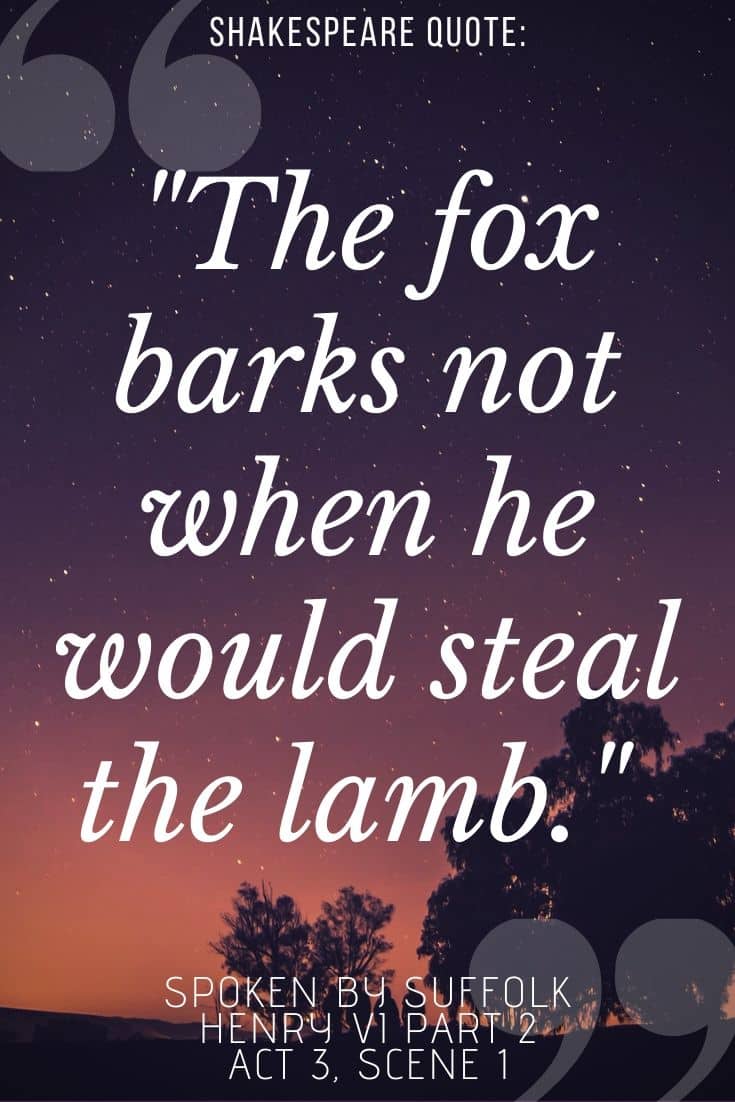