The page includes the very best William Blake quotes – both personal quotes, and quotes from his many poems.

William Blake was an 18th century painter and poet, responsible for one of the most influential sets of poems in the English canon. The Songs of Innocence and Experience are eminently quotable as they fall on to the tongue in the way nursery rhymes do. They are remarkable in that they express some of the most profound ideas one could find among English poets but, indeed, his poem about the wonder of creation and its diversity is often given to little children to recite as though it were, indeed, a nursery rhyme: “Tyger, tyger burning bright/In the forests of the night…” etc. And another: “Little lamb who made thee…?”

Blake’s poetry is markedly political. He is the author of Jerusalem – “And did those feet in ancient times…”. Put to Music by Hugo Parry, it is one of the most sung songs in English history. It is sung as a hymn in churches and used as an anthem by more than one establishment organisation, such as the Women’s Union. That is misguided as when one looks at the poem it is clearly a critique of the evils of the industrial revolution and the establishment bosses who drove it. Never-the-less, Blake’s many works provide a wonderful diversity of incredible quotes. Read our favourite William Blake quotes below:

“To see a World in a Grain of Sand
And a Heaven in a Wild Flower,
Hold Infinity in the palm of your hand
And Eternity in an hour.”

“A truth that’s told with bad intent
Beats all the lies you can invent.”

“If a thing loves, it is infinite.”

“If the doors of perception were cleansed every thing would appear to man as it is, Infinite. For man has closed himself up, till he sees all things thro’ narrow chinks of his cavern.”

“Tyger! Tyger! burning bright
In the forests of the night,
What immortal hand or eye
Could frame thy fearful symmetry?”

“Those who restrain desire do so because theirs is weak enough to be restrained.”

“The tree which moves some to tears of joy is in the eyes of others only a green thing that stands in the way. Some see nature all ridicule and deformity… and some scarce see nature at all. But to the eyes of the man of imagination, nature is imagination itself.”

“What is now proved was once only imagined.”

“The imagination is not a state: it is the human existence itself.”

“I must create a system, or be enslaved by another man’s. I will not reason and compare: my business is to create.”

William Blake, Jerusalem: The Emanation of the Giant Albion

“The man who never alters his opinion is like standing water, and breeds reptiles of the mind.”

“To generalize is to be an idiot.”

“The road of excess leads to the palace of wisdom.”

“Eternity is in love with the productions of time.”

“Love seeketh not itself to please, nor for itself hath any care, but for another gives its ease, and builds a Heaven in Hell’s despair.”

William Blake, Songs of Innocence and Songs of Experience

“I was walking among the fires of Hell, delighted with the enjoyments of Genius; which to Angels look like torment and insanity.”

“Truth can never be told so as to be understood and not be believed.”

“He who kisses joy as it flies by will live in eternity’s sunrise.”

“Throughout all eternity, I forgive you and you forgive me.”

“Without contraries is no progression. Attraction and repulsion, reason and energy, love and hate, are necessary to human existence.”

“He whose face gives no light, shall never become a star.”

“My mother groaned, my father wept,
into the dangerous world I leapt.”

What do you think of these William Blake quotes – any great one’s that we’re missing? Let us know in the comments section below! 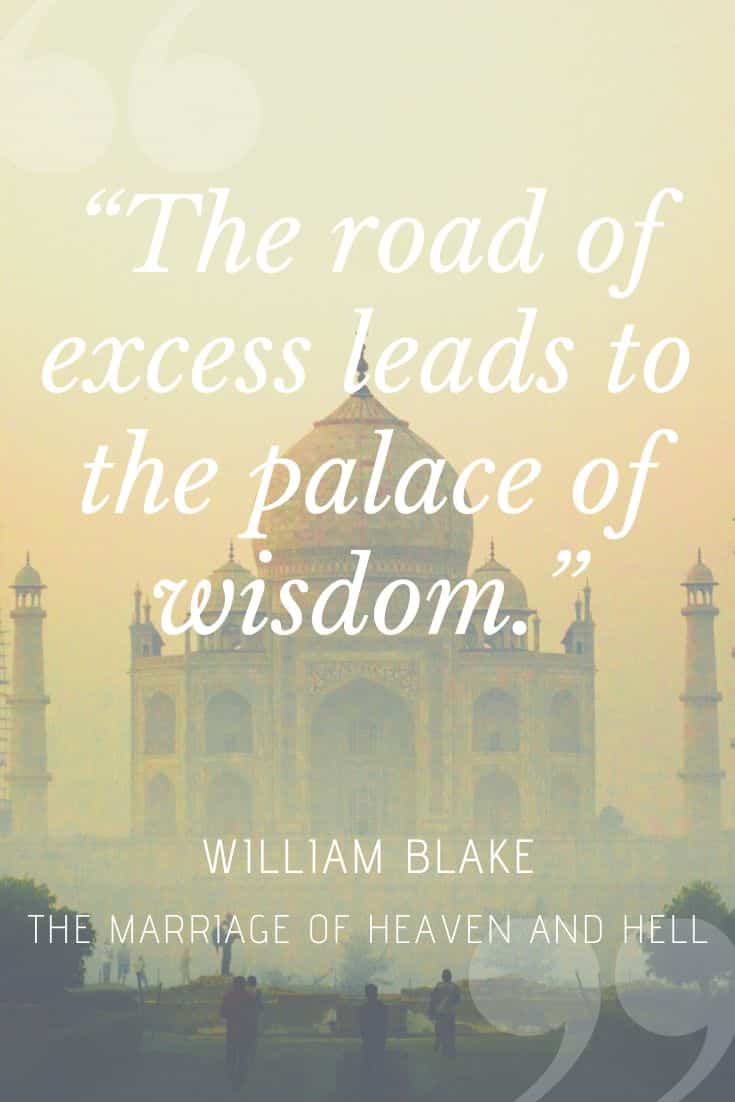