‘Get Thee To A Nunnery’, Meaning & Context

‘Get thee to a nunnery’  is a phrase that occurs in Shakespeare’s play, Hamlet.  It is something Hamlet says to Ophelia, the young woman with whom he is having a relationship at a moment when he is at his wit’s end.  The exact words Hamlet’s says are:

“If thou dost marry, I’ll give thee this plague for thy dowry. Be thou as chaste as ice, as pure as snow, thou shalt not escape calumny. Get thee to a nunnery, go. Farewell. Or, if thou wilt needs marry, marry a fool, for wise men know well enough what monsters you make of them. To a nunnery, go, and quickly too. Farewell.”

Context of the phrase ‘Get thee to a nunnery’ in Hamlet

The background to Hamlet using the famous phrase ‘Get thee to a nunnery’ needs some explaining, so bear with us:

Hamlet has returned from university in Germany because his father has died. As his father’s heir, he expects to be crowned king. Instead, he finds that his father’s brother, Claudius, has moved quickly to make himself king.

Not only that, but Claudius has also won the affection of the late king’s wife, Hamlet’s mother Gertrude, and married her. On top of that Hamlet has just been told by the ghost that his uncle murdered his father.

Hamlet is less concerned about being disinherited than that his mother has remarried, and particularly that she has married a man so inferior to her late husband. And all so soon. To him, it is a mark of the frailty of the female psyche. It is even more of a concern for him than that his father has been murdered by the man who has now taken his place. At this point, his main issue is his realisation of how fickle women can be. He projects his disappointment with his mother on to all women, so when Ophelia approaches him she is a ready target for his bitterness and anger.

Ophelia has just returned his letters and the gifts he has given her. That is pouring oil on troubled waters: it is something he sees as betrayal. He is so full of anger and hurt that he lets fly at her. He grabs her and shouts at her, cursing the fickleness of women in general.

He tells her that the only way she will be able to protect herself from her female nature – the fickleness and betrayal that he attributes to women – would be to lock herself away in a nunnery where she will not have any contact with men and therefore be unable to betray them.

Meaning of ‘Get thee to a nunnery’

Nunneries were convents, in which women lived, prayed and devoted themselves to God, and played no part in the kind of life that normal people lived. In convents, women couldn’t marry and they couldn’t be influenced by, or influence, men at all. Those circumstances are the only ones in which women are prevented from being unfaithful and in which they will therefore cause the least amount of damage – being literally locked up.

Hamlet’s misogyny goes further. “Nunnery” was an Elizabethan slang term for a brothel. That makes his suggestion that she should get herself to a nunnery doubly offensive. On the one hand he is telling her to preserve her virtue and on the other suggesting that she should overindulge. 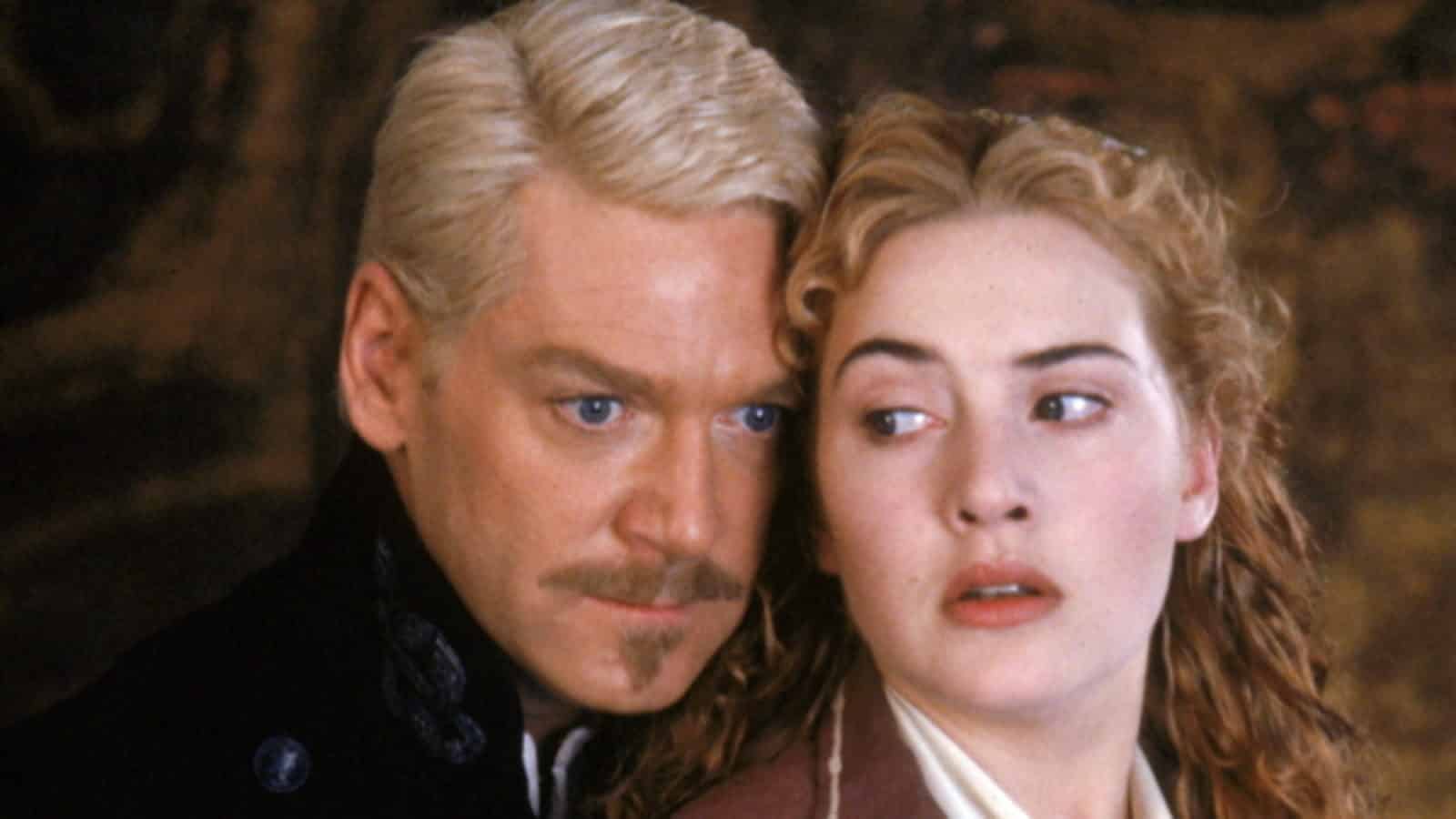 ‘Get thee to a nunnery’, spoken by Kenneth Branagh as Hamlet to Kate Winslet as Ophelia

Explanation of Hamlet’s ‘Get thee to a nunnery’ speech

On encountering Ophelia, Hamlet is in the worst emotional state possible. He starts by telling her that if she ever married, “be thou as chaste as ice, as pure as snow,” or if not, “marry a fool” who would not be wise enough to understand “what monsters you make of them.” His wild and vicious words are in great contrast to the loving words he has used towards her all her life.

Being in a nunnery meant that she would have no children, no daughters to grow up to betray men.  “Why wouldst thou be a breeder of sinners?” he demands. “Get thee to a nunnery.” “Go!” he yells.

Seeing Hamlet like this terrifies and appalls Ophelia. This is the man she loves, and he has loved her. They have known each other since childhood. They have exchanged gifts and talked about eventual marriage. His terrifying rage, approaching her with his clothes disarranged, his hair all over the place, his eyes flaming, she is frightened and confused. At the end of the encounter all she can do is shake her head and make a sad observation: “O what a noble mind is here o’erthrown!”

Ophelia is being used in this scene. Claudius, full of guilt and afraid of what Hamlet will do if he finds out what he has done, is very keen on finding out what he knows. He has a willing co-conspirator in Ophelia’s father, Polonius.  They place Ophelia in Hamlet’s way and hide in a place where they can overhear their conversation.

It is possible that Hamlet is aware that he is being spied on. After all, Elsinore is a place where spying on people is routine. Being spied on is something Hamlet expects and so is able to have control by behaving in ways that might advantage him.

In this case, he may actually be deliberately going over the top for the benefit of those spying on him. The result is that they now regard him as mad, which suits him.

As for Ophelia, this scene is one of the many examples of the experiences that lead up to her suicide. Throughout the play, up until her death, she is abused by men. Her father treats her abominably, as does Claudius, although the smooth-tongued king does not use the abusive language towards her that Polonius does. And now, her lover, someone she should be able to depend on for support and a loving attitude, bombards her with hateful sentiments and language.

Telling Ophelia “Get thee to a nunnery” is a central quote in Hamlet for all the reasons outlined.