Looking for Coriolanus quotes? Read our selection of the very best quotes from Coriolanus along with speaker, act and scene. As with so many of his play, in his final tragedy Shakespeare brings his characters to life with powerful dialogue and some fantastic quotes.

Read on below for the most well known Coriolanus quotes:

“What’s the matter, you dissentious rogues
That rubbing the poor itch of your opinion,
Make yourselves scabs?”

“Had I a dozen sons, each in my love alike, and none less dear than thine and my good Marcius, I had rather had eleven die nobly for their country than one voluptuously surfeit out of action.”

“If any think brave death outweighs bad life,
And that his country’s dearer than himself,
Let him alone, or so many so minded,
Wave thus to express his disposition”

“More of your conversation would infect my brain, being the herdsmen of the beastly plebeians.”

“What is the city but the people?”

“But now ’tis odds beyond arithmetic,
And manhood is called foolery when it stands
Against a falling fabric.”

“His nature is too noble for the world:
He would not flatter Neptune for his trident,
Or Jove for’s power to thunder.”

“Why did you wish me milder?
Would you have me False to my nature?
Rather say I play the man I am.”

“There is a world elsewhere.”

“You common cry of curs! Whose breath I hate
As reek o’ th’ rotten fens, whose loves I prize
As the dead carcasses of unburied men
That do corrupt my air, I banish you;
and here remain with your uncertainty.”

Anger’s my meat: I sup upon myself,
And so shall starve with feeding.”

“Let me have war, say I: it exceeds peace as far as day does night: it’s sprightly waking, audible, and full of vent. Peace is a very apoplexy, lethargy; mulled, deaf, sleepy, insensible: a getter of more bastard children than war’s a destroyer of men.”

“Know thou first,
I loved the maid I married: never man
Sighed truer breath. But that I see thee here,
Thou noble thing, more dances my rapt heart
Than when I first my wedded mistress saw
Bestride my threshold. Why, thou Mars!”

“Let the Volsces
Plough Rome and harrow Italy: I’ll never
Be such a gosling to obey instinct, but stand,
As if a man were author of himself
And knew no other kin.”

“If you have writ your annals true, ’t is there,
That, like an eagle in a dovecote, I
Fluttered your Volscians in Corioles.
Alone I did it. Boy!”

“My rage is gone,
And I am struck with sorrow.”

Are we missing any great Coriolanus quotes? Let us know in the comments section below. 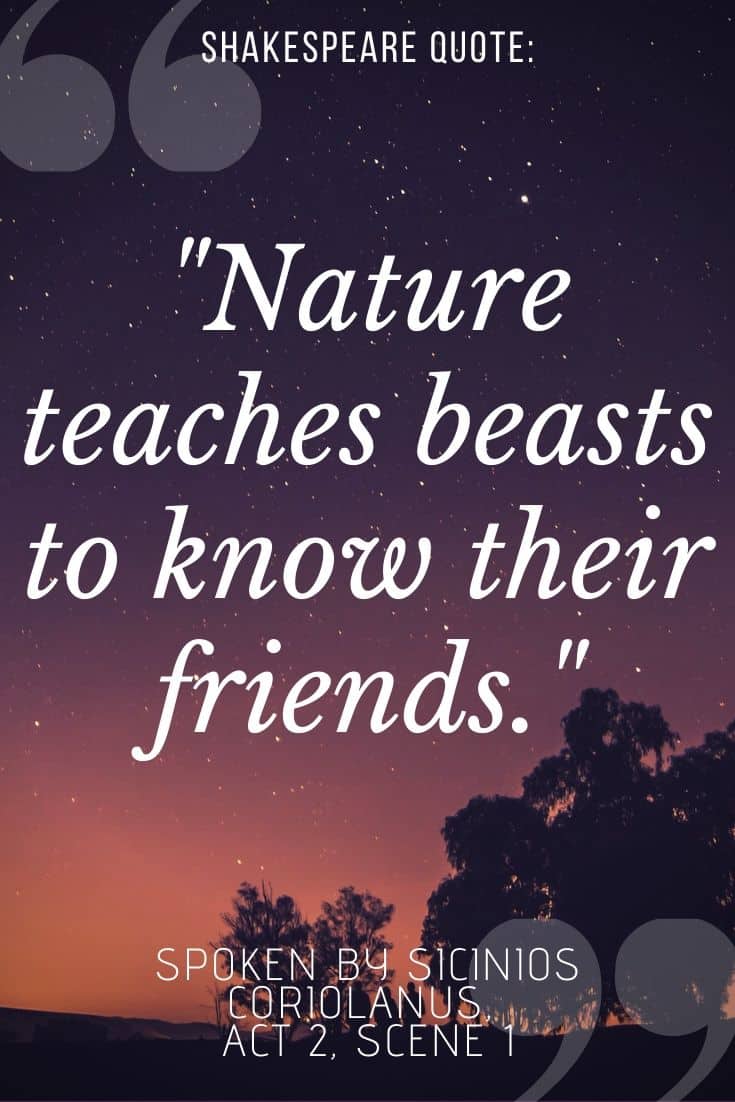