‘Get Carried Away’, Meaning & Context

First used by Shakespeare in his play Henry IV Part 1, ‘get carried away’ means becoming excessively involved in something, taking something too far. For example: ‘Rescuing animals from the drought is all very well but including rats is really getting carried away.’

It also means becoming so excited that a response goes beyond what is normally expected. For example: “The audience was carried away by her performance, cheering, stamping, and going on for a full ten minutes.”

Origin of Idiom ‘Get Carried Away’

This is a very interesting one. It’s hard to find the origin of this idiom, except that in medieval times people believed that the Devil could come in the night and carry them away. However, there is a moment in Shakespeare’s Henry IV Part 1  where the term, tucked away, and easily missed, being carried away is used in the way we use it today.

In Act 2 Scene 3 of Henry 1V Part 1 there is a conversation between Henry Percy, known by everyone as Hotspur, and his wife, Catherine. The two are very much in love and flirt with each other. Hotspur enjoys linguistic sparring with her. In this scene she uses language metaphorically and he teases her by responding as though she is using it literally.

The most enduring impression of Hotspur as a Shakespeare character is his hotheadedness. In this scene he is going on, getting pretty excited. Catherine walks into the room. She sees him all worked up and puts a hand on his arm.

She tries again and begins to tell him that if he goes far enough as to approach her brother for help…, but he interrupts her, interpreting going too far literally. If he goes that far on foot, he says “I shall be weary.”

Then he assures her that he loves her but warns her not to question him about his business.

So when Catherine asks Hotspur why he is getting carried away she is using the term exactly as we use it today. 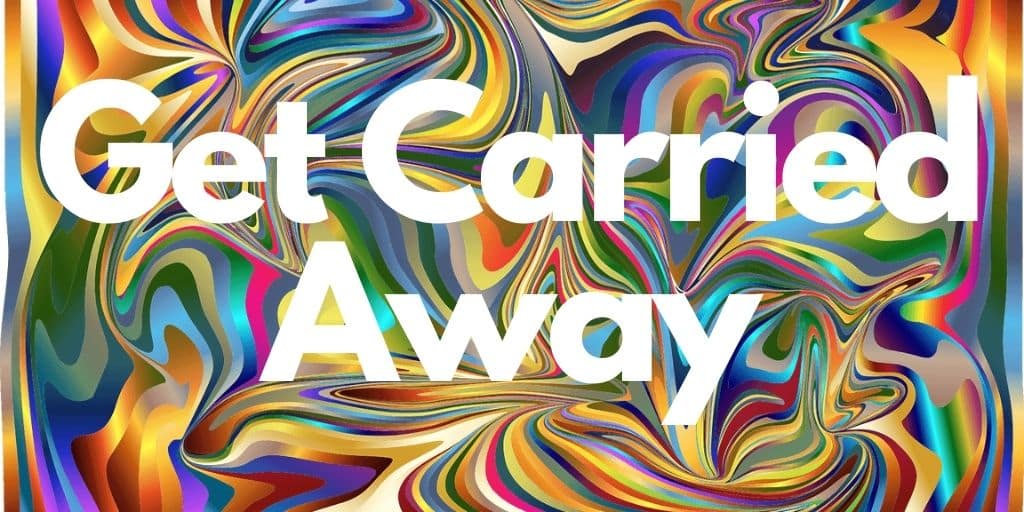 ‘Get carried away’, a phrase from Shakespeare’s Henry IV Part 1

Synonyms for ‘Get Carried Away’

One could make a long list of  words that convey a similar meaning to carried away, such as :