‘Screw Your Courage To The Sticking Place’, Meaning & Context

“Screw your courage to the sticking place” is an idiom from Shakespeare’s play Macbeth. It is not one of the most common idioms, like “wild goose chase” and “kill with kindness” but it is still used.

The idiom simply means be firm and resolute and don’t lose your courage.

The phrase occurs in Act 1, Scene 7. Lady Macbeth has persuaded Macbeth to act on his impulse to kill the king, Duncan, so that he can become king. However, he is hesitating. After thinking it through he ponders everything he stands to lose by killing Duncan and more or less decides not to do it, even though Duncan is visiting them and will sleep at their castle that night.

After his having agreed to do it, when he tells Lady Macbeth about his misgivings she is alarmed. She reminds him that he promised her that he would kill Duncan and she acts swiftly to shore up his resolve.

“What beast was’t, then,
That made you break this enterprise to me?” she says.
“When you durst do it, then you were a man;
And, to be more than what you were, you would
Be so much more the man.”

She is questioning his manhood, a very effective approach because Macbeth is very proudly a manly man.

“Nor time nor place
Did then adhere, and yet you would make both.
They have made themselves, and that, their fitness, now
Does unmake you,” she says, reminding him that he’s not usually so unsure of himself.
Then she gives a frighteningly vivid account of her commitment
“I have given suck, and know
How tender ’tis to love the babe that milks me.
I would, while it was smiling in my face,
Have plucked my nipple from his boneless gums
And dashed the brains out had I so sworn
as you have done to this.”

She tells him that although she has all the tender feelings that a mother should have, she would rather pull the baby from her breast and dash its brains out than break a promise she had made to him.

Macbeth asks, what if we fail though? She tells him that if they fail they fail, and that will be that, suggesting that it may be a risk but it could be worth it. “But screw your courage to the sticking place/And we’ll not fail,” she says.

Impressed by the horrific image of the baby Macbeth commends her on her strength and they discuss the final arrangements for the assassination.

Although it’s clear that the idiom simply means stick to your resolution how does the wording say that?

It comes from archery, and the crossbow in particular. It means the priming of the weapon and its readiness to fire. The sticking place is the place at which something stops and sticks fast. On a crossbow it’s where the screw is turned to its fullest extent. At that point the crossbow is ready to fire. 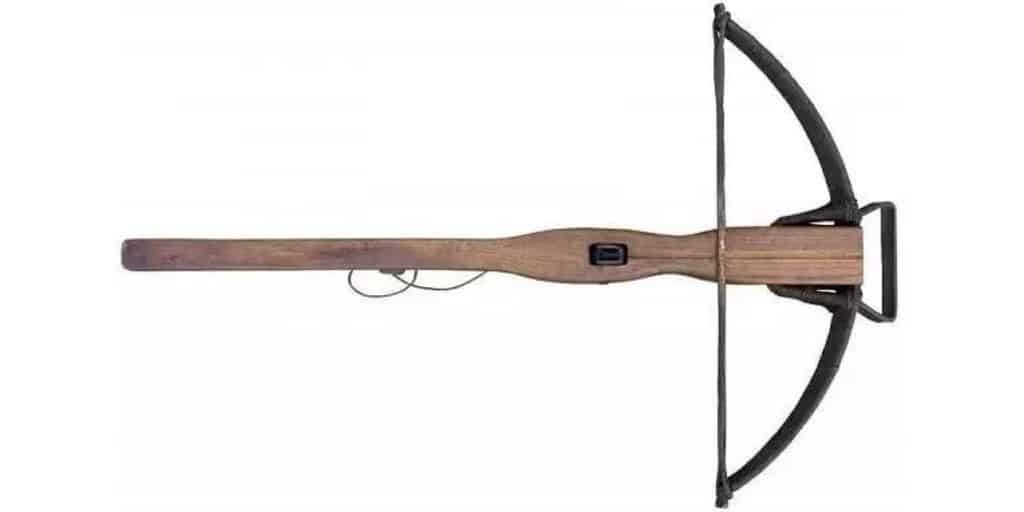 Screw your courage to the sticking place – a medieval crossbow

It has a second meaning that may be relevant here. It is the point in the neck of an animal where the knife is stuck in slaughtering.