“Cutting corners” is an idiom that is used both literally and metaphorically. One can expect to find the phrase in all kinds of writing, ranging from fiction to academic papers. On the literal level, it refers to the act of taking a shortcut or the easiest way around or through something. In that sense, it refers to an actual journey or route.

In the metaphorical sense, someone is said to be cutting corners if they circumvent a requirement of some kind or make their life easier by leaving something out. Someone might find a way around a testing, professional, or personal requirement in order to achieve a goal. This may be getting a job, creating a product, or delivering a service at a lower price.

The idiom, “cutting corners” was first seen in the 1800s. It is related to rounding a corner instead of taking the proper route. This shortened the distance from one end to another. However, closely associated with the use of the idiom is the idea that cutting corners sometimes backfires and takes longer.

One of the first sightings of the idiom is in an article entitled ‘About “Going Straight On” in The Oxford Magazine and Church Advocate (Vol. III., October 1863):

“I do not believe, either, in what we used to call cutting corners or going short roads to places. The short road I have always found is in the end the longest. There are more gates to open, more stiles to get over, something or other to hinder, and the distance we save we lose in the time we take. Set one man to go to a place four miles off by the road; set another to go a short cut across the fields, and ten to one the man on the road gets there first. And it is natural he should, for the road is the legitimate way, the one that has been tried and found the best, and by going straight on it we shall gain time if not distance.”

However, “cutting corners” is a saying that was common among hunters long before that. It emerged in written form in Knightley William Horlock’s Letters on The Management of Hounds, 1852

It was also frequently used by hunters. The earliest example being from 1852: Knightley William Horlock’s Letters on the Management of Hounds:

“About a hundred and fifty horsemen were at once scattered over the downs, riding at the top of their speed, in almost all directions; some following the hounds, but a greater number, not liking the undulating nature of the ground, cutting corners, and hustling each other by cross riding.”

Another source of “cutting corners” is coach and carriage driving. It’s a metaphor from driving. When you come to a sharp turn in the road, instead of going all the way to the corner and then turning, you can go diagonally across, and “cut the corner off”. This saves time, but entails a risk of clipping the kerb and overturning or being involved in a pile-up with another vehicle. Thus “to cut corners” means to discard normal safe practice in order to get fast results. 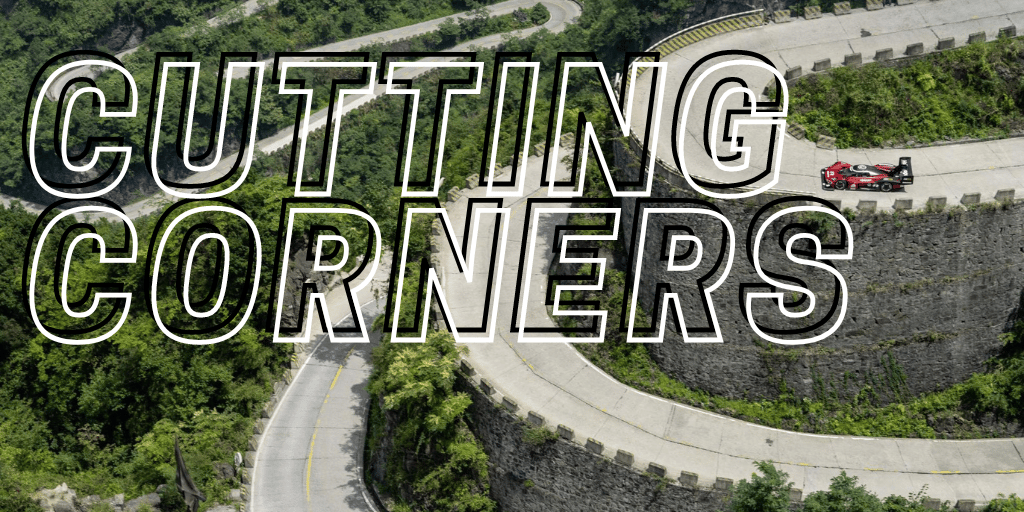 “Cutting corners” is used in a wide variety of situations. Most commonly it’s used negatively, to refer to an act someone committed that allowed them to get ahead in some way or a disaster occurring because corners were cut to save money. They circumvented some requirements or took a shortcut in the maintenance. Companies are often said to be “cutting corners” if they stop manufacturing or working to their previous standard in order to save money. For example, a reporter might describe an executive board as choosing to “cut corners in order to save money.”

“Call it a day” which means stopping something one has been doing.

“Get out of hand” simply refers to something that has gotten out of control.

“Easy does it” is an instruction or suggestion to someone to calm down and avoid getting too upset.

“Better late than never” is a suggestion that its good something has happened at all, even if it’s late, and is better than its never occurring.

“Go back to the drawing board” is used to refer to someone having to rethink a plan or decision.