The Two Gentlemen of Verona Quotes

Read on below for the most well known and most significant The Two Gentlemen of Verona quotes:

For he was more than over-shoes in love.

They do not love that do not show their love.

You, minion, are too saucy.

O hateful hands, to tear such loving words;
Injurious wasps, to feed on such sweet honey
And kill the bees that yield it, with your stings!
I’ll kiss each several paper for amends.

O, how this spring of love resembleth
The uncertain glory of an April day,
Which now shows all the beauty of the sun,
And by and by a cloud takes all away.

I’ll be as patient as a gentle stream,
And make a pastime of each weary step,
Till the last step have brought me to my love,
And there I’ll rest, as after much turmoil,
A blessed soul doth in Elysium.

That man that hath a tongue, I say is no man,
If with his tongue he cannot win a woman.

Love is like a child
That longs for every thing that he can come by.

She dreams on him that has forgot her love,
You dote on her that cares not for your love.
‘Tis pity love should be so contrary:
And thinking on it makes me cry ‘Alas’.

O heaven, were man
But constant, he were perfect.

Are we missing any great The Two Gentlement of Verona quotes? Let us know in the comments section below.

See All The Two Gentlemen of Verona Resources 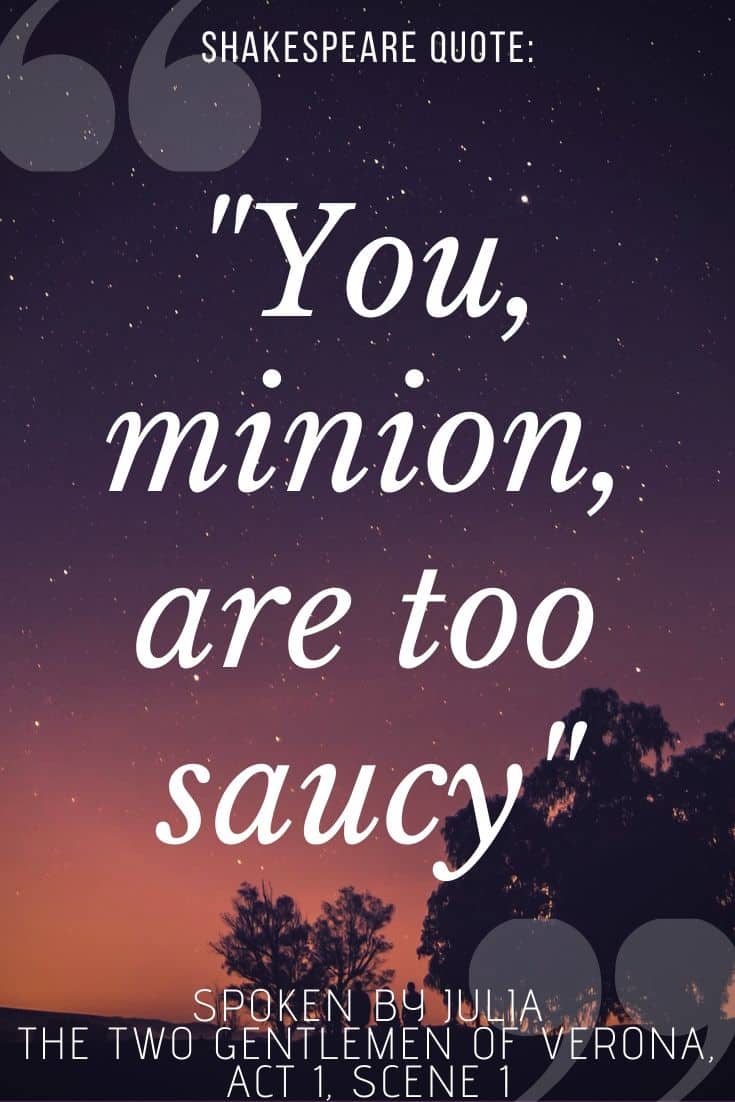