Looking for Richard III quotes? Read our selection of the very best quotes from Richard III, along with speaker, act and scene. The play is set across England in the run-up to the reign of King Richard III and is littered with quotes from characters that resonate in the common consciousness to this day.

Read on below for the most well known Richard III quotes:

Now is the winter of our discontent
Made glorious summer by this sun of York.

This weak piping time of peace.

And therefore, since I cannot prove a lover,
To entertain these fair well-spoken days,
I am determined to prove a villain
And hate the idle pleasures of these days.

Since every Jack became a gentleman
There’s many a gentle person made a Jack.

So wise so young, they say, do never live long.

And thus I clothe my naked villany
With old odd ends stolen out of holy writ;
And seem a saint, when most I play the devil.

Talk’st thou to me of ‘ifs’? Thou art a traitor:
Off with his head!

I am not in the giving vein to-day.

Thou cam’st on earth to make the earth my hell.

Bloody thou art, bloody will be thy end.

Harp not on that string.

Conscience is but a word that cowards use,
Devised at first to keep the strong in awe.

The king’s name is a tower of strength.

My conscience hath a thousand several tongues,
And every tongue brings in a several tale,
And every tale condemns me for a villain.

A horse! A horse! my kingdom for a horse!

Are we missing any great Richard III quotes? Let us know in the comments section below. 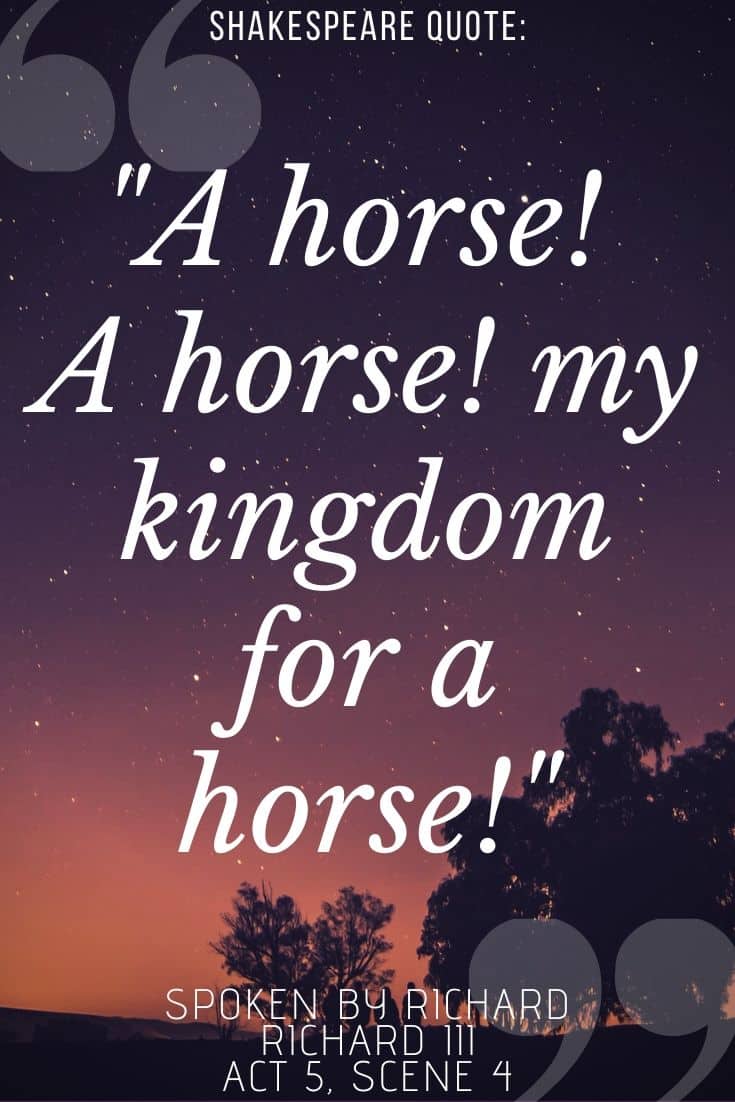