‘Snail’s pace’ is a contraction of ‘at a snail’s pace,’ which means very slowly. A snail is a mollusc that goes so slowly that its progress is almost imperceptible.

When we think of snails, we imagine slow-moving creatures who live life at their own pace and are never in a hurry, which leads us to the meaning of this idiom. It refers to someone doing tasks at a very slow pace or perhaps being a little lazy. For example: ‘Bill never finishes any job on time because he works at a snail’s pace.’

Origin of the idiom ‘Snail’s Pace’

The connection of the slow movement of human actions to the slow pace of a snail appears in Shakespeare’s play, Richard III, spoken by King Richard in act 4, scene 3:

“Ely with Richmond troubles me more near
Than Buckingham and his rash-levied army.
Come, I have heard that fearful commenting
Is leaden servitor to dull delay;
Delay leads impotent and snail-paced beggary
Then fiery expedition be my wing,
Jove’s Mercury, and herald for a king!
Come, muster men: my counsel is my shield;
We must be brief when traitors brave the field.”

At the beginning of the play Richard is the Duke of Gloucester. His brother Edward is now king of England after winning a series of wars between his people and the Lancasters. Richard is jealous of his brother and feels that he has not had a chance in life because he was born deformed so he has decided to to usurp his brother and grab the throne.

He succeeds and finally gets the crown and becomes king. He continues his pursuit of power, however, killing other members of his family. The quoted passage shows his restlessness and impatience.

Shakespeare seems to have liked the snail image. He uses it very effectively in one of his most famous passages – what we now call ‘The Seven Ages of Man,’ from As You Like It:

“The whining schoolboy with his satchel
And shining morning face, creeping like snail
Unwillingly to school.” 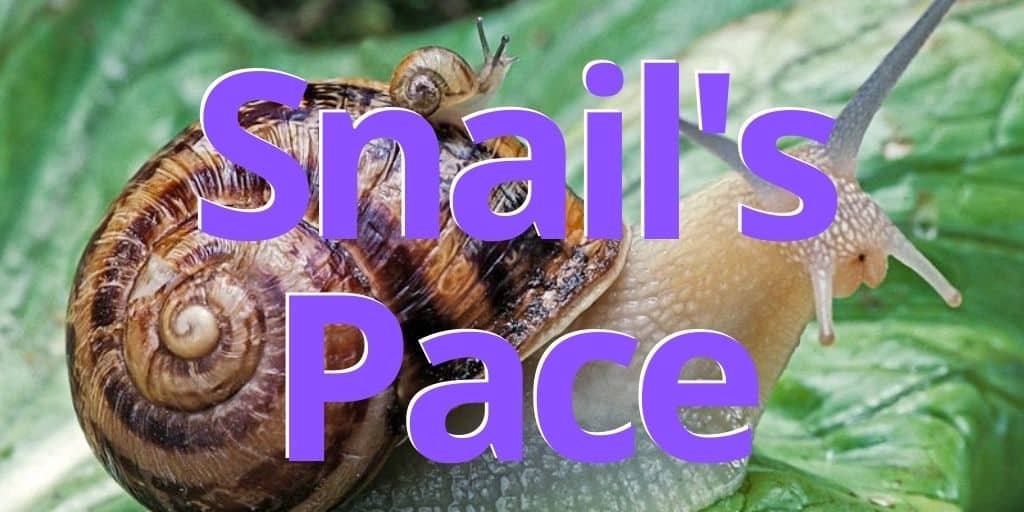 A “cat nap” is a short nap that people may have during the day. Example: I am normally tired when I get home from work so I usually take a little cat nap before I do anything else.

“Let sleeping dogs lie.” If you wake dogs up  they won’t be happy. People being told something they don’t like are the same. Let things pass and let the dust settle before you try to fix a problem. Example: If I were you I would let sleeping dogs lie. If you say something to John he may get angry with you again.

“Ants in one’s pants” refers to someone’s inability to remain calm or sit still because they are very happy and excited about something. Example: John had ants in his pants about going on holiday yesterday.

“Busy as a bee” Someone is working at a very fast pace or is always running around doing something. Example: I have so much work to do this afternoon. I’m going to be as busy as a bee.

“Copy cat.” This idiom is used when a person has copied something we have done. Example: Don’t keep buying the same clothes as me, copy cat.

“The world is your oyster” When we say this to someone, what we are telling them is that they should take advantage of the opportunities available to them and that in reality they can and should do whatever they can. Example: When you finish school, remember that the world’s your oyster and you can do anything you want.

“The elephant in the room” This is used when a group of people choose to ignore an obvious problem or situation that everyone is aware of but chooses not to discuss. Example: It was so awkward when both Bill and Daisy came to the party so soon after their divorce. Everyone spent the evening skirting around the elephant in the room.