Shakespeare’s plays are full of quotes referencing food. As usual with Shakespeare, he uses everyday things to characterise the people who populate the world of his plays, and uses mentions of food as metaphors to create accurate impressions of the times he lived in.

Read on below for our pick of the most interesting Shakespeare quotes about food:

Truly, thou art damned like an ill-roasted egg, all on one side.

Tis an ill cook that cannot lick his own fingers.

I am a great eater of beef, and I believe that does harm to my wit.

He hath eaten me out of house and home; he hath put all my substance into that fat belly of his.

O, he is as tedious as a tired horse, a railing wife; worse than a smokey house: I had rather live with cheese and garlic in a windmil, far, than than feed on cates and have him talk to me in any summer-house in Christendom.

My lord of Ely, when I was last in Holborn I saw good strawberries in your garden there; I do beseech you send for some of them.

And, most dear actors, eat no onions or garlic, for we are to utter sweet breath; and I do not doubt but to hear them say, it is a sweet comedy. No more words: Away! Go, away!

A’ shall answer it. Some pigeons, Davy, a couple of short-legged hens, a joint of mutton, and any pretty little tiny kickshaws, tell William cook.

Mine eyes smell onions; I shall weep anon.

They call for dates and quinces in the pastry. 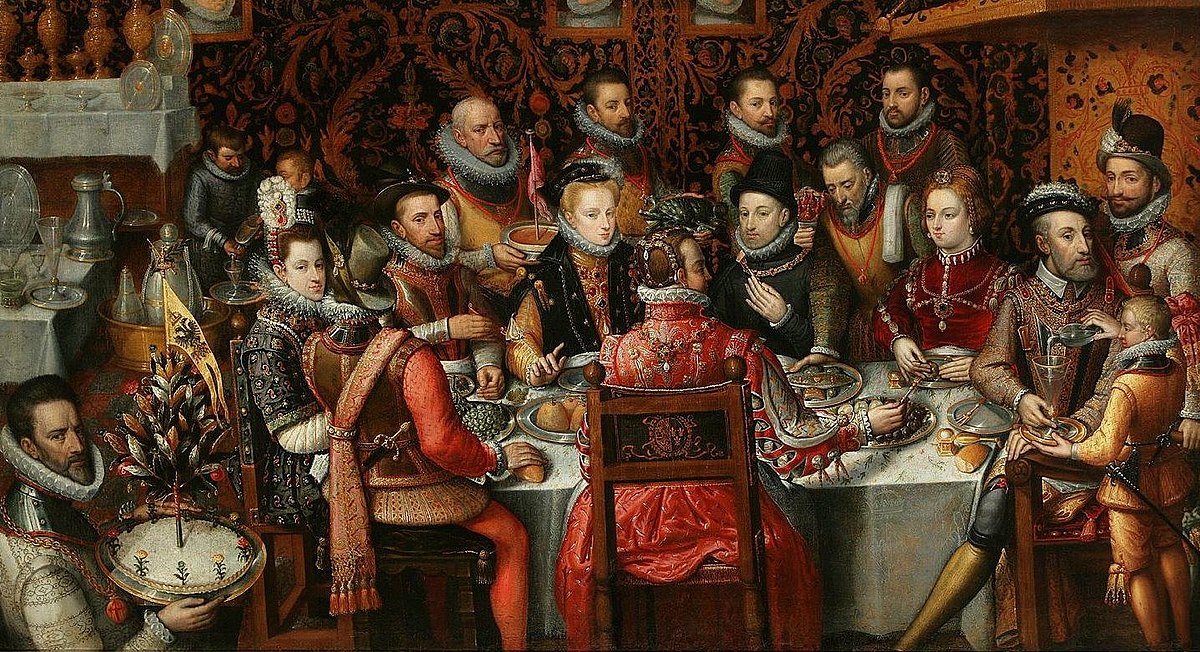 Painting of an elizabethan feast

What do you think of these Shakespeare quotes on food – any great ones that we’re missing? Let us know in the comments section below!