“Short shrift” is a phrase that was first used by Shakespeare, in his play, Richard III, Act 3 Scene 4. Lord Hastings, who has been condemned by King Richard to be beheaded, is told by Sir Richard Ratcliffe to:

“longs to see your head.”

In this quote the phrase is used literally, meaning ‘keep your confession short’ or ‘hurry up and say your prayers’ but it has evolved in meaning and exists today as a phrase meaning something that has nothing to do with prayers.

Meaning of the phrase “short shrift”

“Short shrift” is used figuratively to mean a small and inadequate amount of time or attention given to something. It seems to have little to do with its original meaning, as expressed in Shakespeare’s Richard III. It’s an odd phrase to use in modern English as in spite of half of it being an archaic, obsolete, word, lost to the English language, in itself it is a well-used phrase in modern English, used in several contexts.

The word “shrift” can’t be used by itself anymore. It’s one of those lost words, like the wonderful “mullock” – which meant rubbish, nonsense, waste matter, and “guttle” – which meant to gobble greedily, to cram food into one’s gut. It’s hard to know how such expressive words have gone, but that’s the nature of the English language. There are more than enough new words coming into the language daily to have time to mourn the loss of the old ones.

The word “shrift” is a noun referring to the confession or absolution of sins. Once you have done your confession you have been “shrived.” Only when used together with “short” does it live on in the English language. 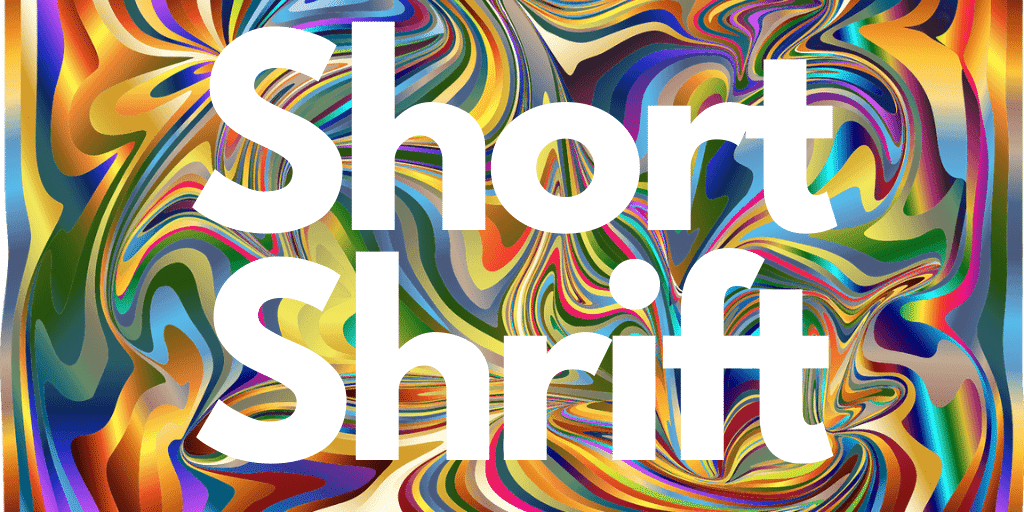 Examples of the use of “short shrift”

“Short shrift” is a very useful phrase, saying a lot in only two words. One can give short shrift and one can get short shrift. For example:

“The dressmaker made a great effort to perfect the decorations on the front of the bride’s dress but gave short shrift to the back and forgot to do the buttons.”

“The committee asked for suggestions but when I offered mine they gave me very short shrift and moved on quickly.”

“When he tried to tell me I was a bad boss I gave him short shrift and sent him away with his tail between his legs.”

“When I asked her for a date I got short shrift so I’m not going to try that again.”

Interesting facts about the word “shrift”

The word “shrift” can be traced back to Anglo-Saxon days. The Old English word was scrift and it referred to the penance the priest imposed on you after confession. So you would then take shrift or do shrift or give shrift.

The word ‘shrift’ comes, in turn, from an even older word – the verb shrive, which meant to hear confession, which the priest did, and then imposed penance and gave absolution. The Old English word was spelled scrifan, and dates back to about 770.

Although “shrift” is archaic, there are some instances of it being used in 19th century, with its original meaning of penance or confession. An 1880 translation of Goethe’s Faust, for example, mentions going “to shrift with nothing to disclose.”