In the words of the ghost of Hamlet’s father:

“Murder most foul, as in the best it is.
But this most foul, strange and unnatural.”

So, why was this murder “most foul, strange and unnatural?” Don’t worry, here at NoSweatShakespeare nothing remains unanswered! (Even if it’s Hamlet’s eternal question, “To be or not be“; we have an answer for dear Hamlet too!)

Context of “murder most foul”

In Hamlet by William Shakespeare, the ghost of Hamlet’s father appears in the play in Act 1 Scene 5. The ghost and Hamlet enter the stage and a conversation begins.

At first, the ghost does not disclose his identity to Hamlet. He tells Hamlet that he has returned from purgatory to talk with him. Without any reference to the past or present, the ghost says to Hamlet, “So art thou to revenge when thou shalt hear.” Thereafter the ghost tells Hamlet about his identity. He is Hamlet’s dead father, returned from the other sie to infuse the spirit of revenge in Hamlet’s naive heart.

Let’s have a closer look at the conversation between the spirit and Hamlet below:

Ghost: Revenge his foul and most unnatural murder.

Ghost: Murder most foul, as in the best it is.
But this most foul, strange and unnatural.

Hamlet: Haste me to know’t, that I, with wings as swift
As meditation or the thoughts of love,
May sweep to my revenge.

Ghost: I find thee apt,
And duller shouldst thou be than the fat weed
That roots itself in ease on Lethe wharf,
Wouldst thou not stir in this. Now, Hamlet, hear.
Tis given out that, sleeping in my orchard,
A serpent stung me. So the whole ear of Denmark
Is by a forgèd process of my death
Rankly abused. But know, thou noble youth,
The serpent that did sting thy father’s life
Now wears his crown.

In this way, Hamlet’s father makes it clear why he has come to meet Hamlet. He wants his death to be avenged.

In the next section of this conversation, Hamlet’s father goes on to make Hamlet aware of the conspiracy behind his death. His brother, Claudius has killed him by poisoning him while he was sleeping in the orchard as usual. Claudius not only killed Hamlet’s father but also took his wife from him, along with the crown of Denmark. Enough indeed to be a “murder most foul”!

Meaning of “murder most foul”

At its most basic, “murder most foul” literally a murder that is immoral in intention and very unpleasant in nature.

But in Hamlet, Claudius’ hands are not stained with blood (unlike Macbeth’s violent actions). He has not used any sharp instruments to rip off Hamlet’s father’s flesh and show his animal instinct. Whatever it is, this murder is the “most foul” of all. But why?

Why does the ghost of his father tell Hamlet, his murder is “the best it is”? On this point, the historical context of Hamlet needs to be taken into account. The play shares a story of Danish kings, so Shakespeare rolled in the essence of medieval Denmark whilst writing this play.

The Scandinavian warriors or the Vikings followed a similar kind of “Heroic Code” like the Anglo, Saxon, and Jutes. For them, if they wanted the throne, they had to take the ruler’s life. In this process, if they could show an exceptional heroic feat, their heroic tale would be remembered forever.

In Hamlet, the reference to the murder as “the best” reminds the reader of the heroic codes. This murder shows an exceptional stratagem. It is created in the mind and committed in cold blood. Claudius has not shed one drop of blood. Still, he gets the throne and his brother’s wife. Isn’t it exceptional? But here the ghost’s reference is ironic. He is saying the opposite to heighten the emotional effect in Hamlet’s mind.

It is clear from the ghost’s statement that it is not a good kind of murder. How can it be? A brother has killed his father-like brother and married his wife. Claudius has deceived the whole country and also his wife. Even Hamlet did not know about it. If his father’s ghost didn’t appear in front of him to let him in on the truth, it would remain a mystery. However, that wouldn’t have made for a great play! The disclosure by the ghost sets the plot up for Hamlet to seek revenge, as it was the age of Revenge tragedies, a famous Senecan model.

Now the question remains. Why is the murder most foul? It is simple. Claudius has disgraced the heroic ideals of Denmark by killing his brother and marrying his wife. The incident is no doubt unpleasant and immoral. It will be a disgrace to the royal family of Denmark if the news somehow got out and spread across the country.

The murder of Hamlet’s father is strange in nature. Such kind of murder by poisoning one’s own brother in his sleep is not a well-regarded phenomenon in the land of Denmark. This is, in one word, unnatural. Claudius has tried to go against the natural laws as well as the moral laws. He is not a rightful owner of the throne. Apart from that, he has married his sister-in-law. 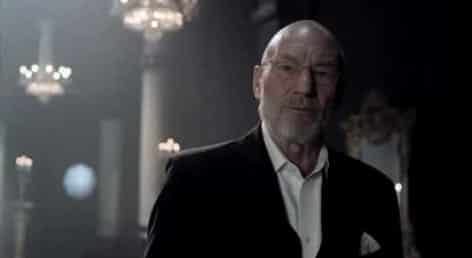 Author of a murder most foul – Patrick Stewart as Claudius

After this scene, Hamlet is sparked by the fire of revenge, and tries to find a way to give his father’s soul peace. Hamlet feigns madness, contemplates mortality, and works out a plan to avenge his father’s murder. His uncle Claudius also plots to kill his nephew. In the end, Claudius, Hamlet, and the queen are all killed.

Then, what’s the purpose of revenge? Everything seems absurd at the end. Meaninglessness and amoral things are what Shakespeare loved to play with!

The reappearance of “murder most foul” in modern times

The term ‘murder most foul’ is one that has been used many times in many contexts since Shakespeare first coined the phrase. Here are a few examples of the phrase used in modern entertainment:

Murder most foul by Bob Dylan

‘Murder Most Foul’ by Bob Dylan is all about the tragic death of American President John F. Kennedy. It revolves around the assassination of the president of the United States of America on November 22, 1963.

Murder Most Foul is a film loosely based on Agatha Christie’s novel McGinty’s Dead (1952), starring Margaret Rutherford as Miss Jane Marple. It adopts the ghost’s quotation in the title, but not deal with any Shakespearean material.

“Murder Most Foul” is the 12th episode (Season 5) from the famous series Vikings. It aired on 5th December 2018. The title of the episode refers that there is some kind of “most foul” murder in the plot. The makers of Vikings thought it would be appropriate to take recourse to Shakespeare while working on the theme of murder in their work.

Who said “murder most foul”?

In Act 1, Scene 5 of Hamlet by William Shakespeare the ghost of Hamlet’s father said, “murder most foul”.

Who says “murder most foul as in the best it is”?

The spirit of Hamlet’s father says it in Williams Shakespeare’s revenge tragedy Hamlet.

What is the meaning of “murder most foul” in English?

It means the murder of Hamlet’s father is the most unpleasant of all crimes. It is a disgrace to the heroic codes of Denmark.