‘Mum’s the word’ is one of the most used idioms in the English language. We all know what it means but very few of us can see the logic of it in our everyday language and how it is related to our mothers.

The phrase has emerged in that form from a line in Shakespeare’s Henry VI Part 2 and it means to be quiet, to be silent, not to utter a word.  In the play, it appears as an instruction: “Seal up your lips and give no words but mum.”:

“Hume must make merry with the duchess’ gold;
Marry, and shall. But how now, Sir John Hume!
Seal up your lips, and give no words but mum:
The business asketh silent secrecy.”

Origin of ‘Mum’s the word’

However, in using the word ‘mum’ Shakespeare was using one of the Old English words that were still in use in his time. It has nothing to do with ‘mother,’ which is how we use the word today, and it is that that leads to the confusion that this is about one’s mother.

There is a similar word in Old High German – “stum” – which indicates a common ancestry. In modern German the word became “stumm” and is the origin for the phrase “keep schtum,” which we also use in English today.

The word “mum” is related to the modern English word ‘mime’ which is to communicate without speaking.

The first time the word ‘mum,’ meaning silence, appears in literature is in the Middle English 1376 poem, Piers Plowman by William Langland:

“Thou mightest beter meten the myst on Malverne hulles. Then geten a mom of heore mouth til moneye weore schewed!,” which means that you may as well measure the mists on the Malvern hills as to try and get her to speak until you offer her payment.”

It also appears in the fifteenth-century Towneley Mystery Plays:

“Though thi lyppis be stokyn, yit myght thou say ‘mum’.” 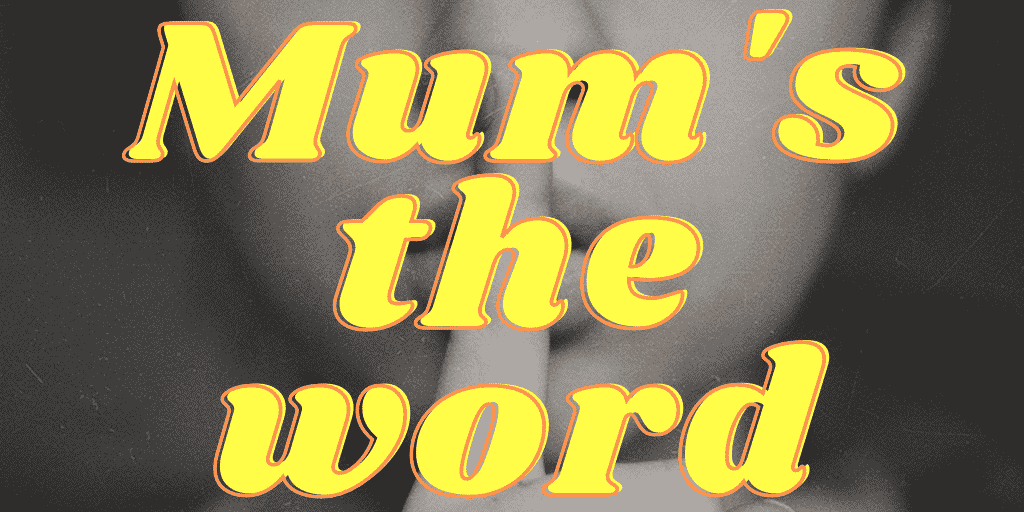 Development of the idiom ‘Mum’s the word’

In 1540 in John Palgrave’s translation of The Comedye of Acolastus we come across a variant of the phrase, “I dare not to do so moche as put my hande to my mouthe, and say mum, is counseyle”, which led to Shakespeare using it in the same way in Henry VI Part 2.

The first instance of the use of the phrase ‘mum’s the word’ to caution someone to keep silent appeared in a tourist guide, A Walk Around London and Westminster, published in 1720, “But mum’s the word – for who would speak their mind amongst Tarrs and commissioners”.

What ‘Mum’s the word’ is not

‘Mum’ has nothing to do with Egyptian mummies, The word ‘mummy, applied to embalmed Egyptian corpses’ derives from ‘mum’ being an alternative name for the bitumen used for embalming. That may be the same word but it has completely different roots.

Neither does ‘’mum’ come from the humming sound, ‘mmmm’ made with a closed mouth, indicating an unwillingness or inability to speak.

It has been suggested, that ‘mum’ shares the same root as “mummer,” a type of play which has been popular in Britain since medieval times. The characters were stereotypical, one representing good – Saint George – and the other evil – a Turkish knight or rogue soldier. There are still some mummers groups today, their traditions kept alive by Morris and sword dancing groups.

Mummers were not mimes: they were lively, raucous plays with music and dancing and singing, and a lot of audience participation. Collections were taken after the show and everyone got drunk. That is directly the opposite of the meaning of ‘mum’, which is ‘silent.’

Other idioms for keeping silent or quiet

Put a sock in it

Keep it under your hat

Keep your cards close to your chest

Put a cork in it

Keep a lid on it

Words with similar meanings to ‘mum’