The origin of ‘Brave new world’

The phrase ‘Brave New Word’ is most famously the title of a science fiction novel by Aldous Huxley, published in 1932. It’s a phrase taken from Shakespeare’s play, The Tempest. It is used ironically as the brave new world, presented as an utopia, turns out in fact to be a nightmare in which human beings are trapped in a society where their humanity is deleted.

In Shakespeare’s The Tempest Prospero, the Duke of Milan, has been overthrown by his brother. He is placed in a boat full of his books, with his baby daughter, Miranda, and set adrift. The boat is thrown up on a Mediterranean island. During the fifteen years on the island Prospero had studied so much that he had surpassed all knowledge of science and entered the realm of magic. When we first see him he is a fully-fledged magician. Miranda has been tutored by him and she is now an educated young woman, although she knows very little about the outside world. When Prospero’s enemies, all corrupt European politicians, are passing the island he causes the ship to be wrecked and they land on the island, where Prospero manipulates them and controls their actions. Miranda, who has never seen a human being apart from her father, meets them, and impressed with their clothes and their beautiful physical form, particularly of the handsome young sailors, she exclaims

‘Oh wonder!
How many goodly creatures are there here!
How beauteous mankind is! Oh brave new world,
That has such people in’t.’

Prospero retorts: ‘Tis new to thee!’ Shakespeare is also using the phrase ironically, so Huxley’s novel not only takes its title from Shakespeare but is also mirroring its tone.

How we use ‘Brave new world’ as a phrase today

With two such examples so clearly ironic, when anyone exclaims ‘brave new world’ they are expressing a cynical attitude to something, for example, a controversial civil engineering project thought to be overambitious may elicit the exclamation “Oh brave new world!”

It generally refers to an era, one characterised by feelings of hope because of some societal changes, but with the fear that it is not going to come up to expectations. Another way of expressing the irony of the phrase is its reference to changes that are meant to improve people’s lives but which will bring additional problems instead. It could also mean, simply, a bleak and dismal future, such as Huxley envisaged in his novel, a future in which human beings, with all their innate creativity and individualistic instincts, are grown in laboratories, designed to fit into different types which will perform different particular jobs in society, with no chance of transcending their designs. 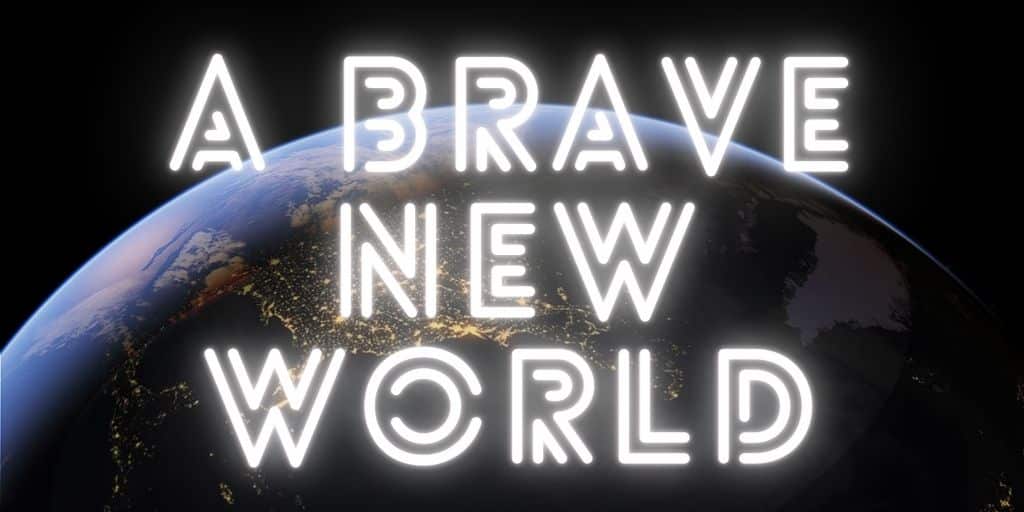