‘The Lady Doth Protest Too Much’, Meaning & Context

‘The lady doth protest too much, methinks,’ is one of those lines from Shakespeare that is so very simple, but expresses enormous complexity of thought and emotion. It is spoken by Prince Hamlet’s mother, Gertrude, in Act 3, Scene 2 of the play, Hamlet.

The phrase is used frequently in modern English discourse, usually in the form of a slight reversal: ‘methinks the lady doth protest too much.’ With the ‘methinks’ at the beginning. It’s a cynical, ironic, somewhat sarcastic comment about someone overdoing a denial, suggesting that they are, indeed, to some degree guilty. 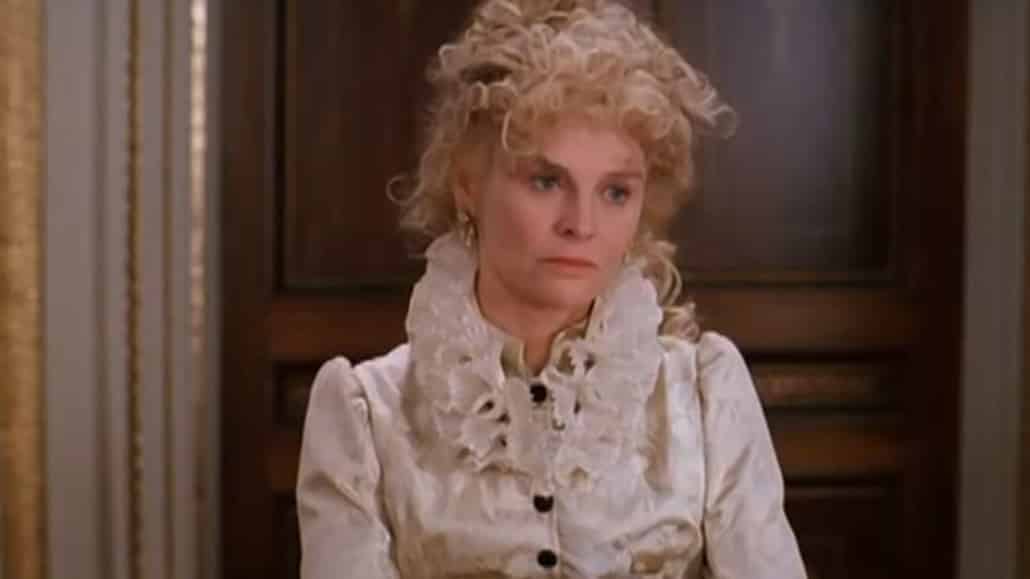 Julie Christie in Hamlet 1996, speaking the famous words ‘The lady doth protest too much, methinks’

The sentence appears in a trap that Hamlet has set to see if he can get Claudius to reveal his guilt. He has commissioned a group of visiting actors to perform a play in which a king is murdered by his brother, and the queen marries the murderer, echoing what Hamlet believes is happening in the real world around him. He writes a few lines for the play, finetuning the text to be more relevant to the situation he’s illustrating.

Hamlet plans to watch Claudius’ reactions as the play unfolds. His father’s ghost has appeared to him and told him that he was murdered by his brother, Claudius. Much to his dismay, Hamlet’s mother has married Claudius. Hamlet has vowed to avenge his father’s death but he’s dragging his feet, not rushing into it, because he wants to be sure that what the ghost has told him is true.

The play begins with the player queen telling the soon-to-be-murdered king how profound her love for him is. She tells him that if anything were to happen to him remarrying would be the last thing she would do. She expresses that in somewhat emphatic and overdrawn terms.

The court is seated, watching the play. Hamlet, sitting beside his mother, asks her what she thinks about it and she replies: ‘The lady doth protest too much, methinks,’ suggesting that she doesn’t believe a word of it because the player queen is making too much of it. The play continues, following the events outlined by the ghost in his description of his murder. The player king is sleeping in his orchard and his brother creeps up and pours poison in his ear.

Claudius springs up and calls for light. He rushes out, followed by Gertrude. As far as Hamlet is concerned that confirms his guilt.

Earlier, before that disruption, Claudius asks Hamlet what the play is called. It’s actually called The Murder of Gonzago but Hamlet replies that he calls it The Mousetrap. (Agatha Christie wrote a play and named it The Mousetrap which has been playing in London’s West End continually since 1952, breaking the record for professional play runs.) In the preparation for the performance, Hamlet has told his friend, Horatio, that ‘the play’s the thing, wherein I’ll catch the conscience of the king.’

‘Methinks the lady doth protest too much’ somewhat specifically refers to ideas about the fickleness of women, particularly as that is one of the themes of Hamlet, with Hamlet at one point exclaiming ‘Frailty, thy name is woman.’ However, it is more generally used these days to express disbelief in the face of someone’s protestations about their innocence of something they are suspected of being guilty of. It has lost its gender significance and is used to express the same cynicism regarding a man.